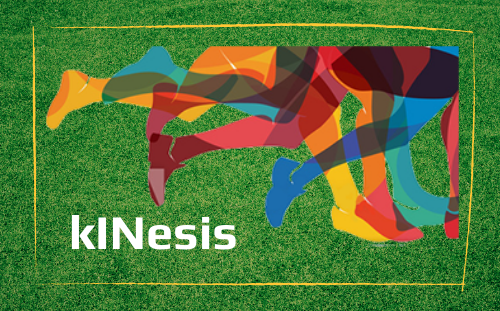 The project was implemented by an international consortium which was led by Irodoros, the public body of the Municipality of Megara responsible for social solidarity and sport. Apart from Action Synergy, the project partnership included also Eurosuccess Consulting from Cyprus, the Lithuanian Sports University, ZAVOD APGA from Slovenia,  Vienna Institute for International Dialogue and Cooperation from Austria and Corporate Games from Romania.

Irodoros was founded in May 2011 and their mission was and is based on the support and social care of infants, children and the elderly as well as the promotion and implementation of mass sports support programs and the organization of sports events. The design and implementation of projects or the participation in projects and activities for the integration of Roma, repatriates, immigrants and refugees in the social, economic and cultural life of the local society. The promotion and development of voluntarism and social solidarity through the creation of local social solidarity networks, voluntary organisations and groups of volunteers who are going to be active in order to achieve the objectives and support the social protection and solidarity programme of the Municipality and the Community. The provision of information to the inhabitants of the municipality in the issues of public health. http://irodoros.gr

Eurosuccess Consulting was established in 2009. The main aim of Eurosuccess Consulting is to inform and support, mainly individuals and enterprises, regarding the exploitation of European and National Funds. Through the utilization of the regarding funding opportunities they succeed the design, development and implementation of their strategic objectives thus meeting their operational needs. In addition, our Organization participates, both as coordinator and partner, in several projects under various European programs and initiatives, such as Lifelong Learning, ERASMUS + and Justice, as well as is one of the assessment bodies for proposals submitted under various EU programs. https://www.eurosc.eu/#

APGA is a private institution founded in 2012. The institution activities are research, development and applied activities in the field of physical activity and their effects on humans and the environment. As part of its work we promote and support policies and practices that contribute to social responsibility and a higher level of realization of human rights and equal social, societal and economic opportunities for all people. . It has established connections with other stakeholders – public administration, economy and media and successfully cooperates with different sport associations and organizations that work in the field of sport and physical activity such as Faculty of sport and National Olympic Committee. Association’s activities are focused on insuring bigger influence on the policymaking in the field of sport, public health, promotion of health and healthy lifestyle. Association achieves mission with networking, informing, civil dialogue, and training and with horizontal and vertical networking of different institutions. http://apga.si

Asociatia Sportiva Corporate Games is a non-profit organization, an NGO dedicated to promoting sport for the masses, with focus on companies and corporations. Established in 2011, the Association is in charge with Corporate Games sport events in Romania and has the exclusive rights for this franchise. Corporate Games is a combination of sport, business and tourism, gathered together in a festival of corporate competitions. Starting with 2012, Romania has joined the international network of Corporate Games competitions, the biggest sport event in the world, that promotes mass sports for amateurs, activity and the general values of sport. During 24th to 27th of May 2012 the first edition of the event took place in Bucharest and more then 2000 participants have competed in 15 sports. In 2013 the first Winter Corporate Games started in Brasov with 5 sports and 240 enthusiastic week-end sport warriors joining this unique event, as nothing was happening in the cold season in Romania. Year after year, the competition grew, more and more companies and participants joining the concept of Sport for life. 2018 Winter Games brought together 1200 participants from 40 companies and corporations at the end of January and Beach Corporate Games started also in Constanta, on the Black sea coast, in the last week end of August. Up to end of last year, 2016, more then 20.000 people have participated, representing 560 companies, corporations and SME as well as NGO, government organizations and other forms of association. During these 5 year Corporate Games has organized 19 independent sport events, in Bucharest, Brasov and Cluj and the current portfolio exceeds 25 sports with more then 100 events (masculine, feminine, age groups). http://www.corporate-games.ro/ro

The VIDC has a long tradition in the field of development cooperation in Austria and was founded at the “Conference for Economic Cooperation and Partnership” which took place in July 1962 in Salzburg and Vienna. The organisation was founded by Bruno Kreisky and other prominent politicians from the so called “Third World” as a think-tank for development cooperation and development policy, making it the oldest Austrian organisation in development policy and cooperation. The VIDC acts on the assumption of a fair global world order and accordingly supports social processes of transformation, which initiate this social change. http://www.vidc.org/en/

Lithuanian Sports University (LSU) starting its tradition from 1934 is the cradle of Lithuanian sports. For the last 8 decades University has been playing and still plays an important role in sports development in general as well as in sports science and sports education. During the last decade University actively developed and introduced the real values of sport and health promotion to the general public and politicians as well as encouraged the common people for harmonious and physically active lifestyle. LSU is an important centre of sports science, a fosterer of physical education and sports values and traditions as well as new initiatives of HEPA (Health Enhancing Physical Activity) in Lithuania. https://www.lsu.lt/en/